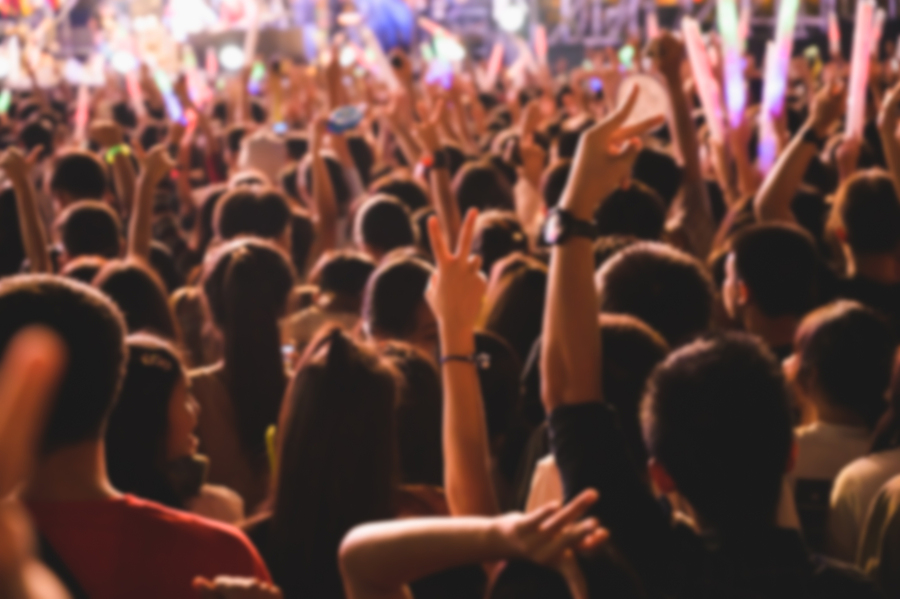 Abels & Annes has signed on to assist a Chicago man who was injured after he was buried in a pile of people at the Astroworld concert.

The victim who retained Abels & Annes was pinned down beneath a pile of people which resulted in various injuries. He is also suffering from PTSD as a result of the incident. Several victims in his immediate vicinity did not survive.

The actions of the concert planner and promoters, as well as the staff and performers who were responsible for the attendees, deserve to be held accountable. There are hundreds of people and families who are suffering tonight because of a profit over safety mentality.

Going to a concert is supposed to be fun. The right concert can make you feel on top of the world and create lasting memories. But for some concertgoers, the show can turn into a nightmare, filled with fear, injuries, and in some cases, death.

Our lawyers are committed to helping individuals and families who have been seriously injured or who have lost a loved one because of a poorly planned and executed concert.  Concert organizers, promoters, security personnel, venues, and performers all have a shared responsibility to keep concert attendees safe during a show. When they fail at this duty, they must be held accountable.

What Happened at the Astroworld Travis Scott Concert? On November 5, 2021, eight people were killed at a Houston concert organized by Travis Scott, known as the Astroworld Festival. Officials declared the incident a “mass casualty event”. Additionally, 25 people were hospitalized and more than 300 people were treated for injuries. The tragic event was well-documented on social media sites like Instagram and TikTok where it almost instantly went viral.

Earlier in the day, hundreds of fans had bypassed security and broken into the concert, creating immediate concerns over safety and occupation limits.

By 8:00 pm, before Scott even took the stage, the medical staff was overwhelmed. Meanwhile, as attendees anticipated the main event, concertgoers continued to compress together and breathing became difficult. By 8:30, there was already video of people begging for help because of compression, asphyxia, and panic. Some report

At 9:00 pm, headliner Travis Scott, who has an alleged history of enticing and encouraging fans to be violent, took the stage and the crowd began to surge forward causing a crush.

As people began to fall and get injured, additional panic ensued. Attendees started attempting to escape the crowd over barriers, through exits (if they could get to them), and some fans began climbing scaffolding.

Video documentation shows that around this time, fans were screaming for medical help and chanting to stop the show. At some point, someone appears to tell Scott and he waves them off and reminds them they are there to perform.

From then on, video and testimony show that concertgoers continued to be crushed from the crowd surge, trampled under people’s feet, and suffocated. There are also multiple reports of people already being dead in the crowd at this time.

These were the people trying to escape being trapped at #AstroWorld pic.twitter.com/bxjeVNHTAB

How Did Security and Travis Scott Respond?

Scott reportedly continued singing for nearly 40 minutes after officials had labeled the incident as a “mass casualty event.” Security began recognizing the seriousness of the event and tried to pull people over the barricades but it was too little too late. Too many people were in trouble. Medical staff tried to get through the crowd but it was too tight. Finally, Scott quit performing and the crowd was dispersed.

Over 300 people were treated for injuries, 20 were taken to local hospitals (at least 11 of those people were in cardiac arrest) and 8 people died

The victims range from just 14 to 27 years old. The youngest victim, who survived but is hospitalized in critical condition, is 10 years old.

It's heartbreaking to see how this unfolded … Rip to the 8 🕊️#AstroWorld pic.twitter.com/avqhPVgGME

Who Can Be Held Responsible for Astroworld Injuries and Deaths? In cases where there is such clear negligence, lawsuits will be filed. In the case of Astroworld, it’s very likely that the venue and the organizers may be found legally liable for the injuries and deaths that occurred. This is also true for Travis Scott, and possibly Drake, who continued to perform despite clear signs of trouble from the crowd and his staff.

When people are injured or killed at a music festival, the claim falls under premises liability law, which means that it’s the responsibility of property owners to maintain a reasonably safe environment. But in cases like this, there are clearly third parties who are also at fault.

Why Do People Get Injured at Concerts?

Concert injuries and deaths are usually preventable if proper security and planning are taken into account. However, accidents can still happen. But in the case of Astroworld, with 8 dead and hundreds injured, it’s clear that this was more than an accident.

Concert injuries are more likely to happen when:

When these conditions are present, fans can be seriously injured or killed in incidents that should have never happened in the first place.

When a lot of people are together in one place, there is always going to be an increased risk of injury. Add alcohol, drugs, and celebrities and things get worse.

Here are some of the most common types of concert injuries

When too many people are packed together, the crowd can become so dense that it moves in waves. Crowd surges occur when the entire crowd moves suddenly and powerfully which causes people to become crushed. This can cause suffocation, injuries, and may lead to death.

Stampedes occur when a place is overcrowded with a tight exit. If something occurs to cause a high panic situation, like a fire or crowd surge, people can become trampled. This is especially dangerous when people fall.

Music festivals and concerts are common places for drugs. This is one of the top causes of injuries at concerts, but they rarely involve liability.

When you have thousands of people at a concert, there is a risk of sexual and physical assault. Hyped-up crowds, drugs, alcohol, and a lack of security can all contribute to the likelihood of injuries.

Venues that are poorly constructed, set up, or maintained can cause concertgoers to fall and injure themselves. This is even more likely when there are too many people in one place, like in the case of Astroworld.

Can Travis Scott Be Held Responsible for the Deaths or Injuries? Performers themselves may be partially or wholly to blame for concert-related injuries, especially if they encourage or even command fans to engage in violent or reckless behavior. This is also true in cases where the performer is aware of injuries or dangerous conditions and doesn’t stop the show.

This is exactly what happened at the Travis Scott concert. Videos clearly show Scott aware of injuries and panic in the crowd. Yet he continued to perform. It’s also worth noting that Travis Scott, as the headliner and owner of the festival, has all the power to stop that concert if they had wanted to. Doing so could have saved many lives and many injuries.

Are You An Astroworld Concert Victim?

If you or a loved one were injured at the Astroworld music festival, you may be entitled to financial compensation for your damages. This is also true if you lost a child or family member at the event.

Abels & Annes plans on holding all responsible parties liable for their actions at this concert. We will fight for the justice and settlement you deserve.

Working with local counsel, we will be pursuing claims against Astroworld, Travis Scott, Live Nation, NRG Stadium, and any other responsible parties for the preventable tragedy that unfolded during the music festival.